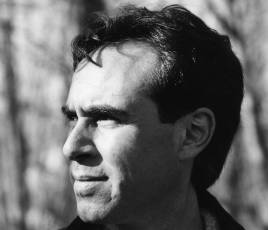 Composer/librettist Steven Mark Kohn has written extensively for the musical stage, creating lyrics for the musicals The Quiltmaker’s Gift (Dramatic Publishing), Unstoppable Me, Little Mozart, Happy, Texas and A Beautiful Place, as well as the libretto for the opera Riders of the Purple Sage (world premier by Arizona Opera in 2017, remounted in 2020), all to the music of composer Craig Bohmler. Their opera was featured in the documentary film, Riders of the Purple Sage; the Making of a Western Opera by Emmy-winning filmmaker Kristin Atwell. Steven has written two historical song cycles; Mary Chesnut; a Civil War Diary for soprano Jennifer Larmore and The Trial of Susan B. Anthony for mezzo soprano Adriana Zabala. The first of his three volumes of American Folk Song arrangements was premiered in Carnegie Hall in 2008 and they have since been performed around the world by hundreds of artists. Andrew Garland and Donna Loewy recorded the entire set on Azica records. His art song catalogue is published by EC Schirmer.

Away from the stage, Steven has had an interesting and varied career. He has written music for a number of award-winning children’s films for ABC, PBS and the Disney Channel, including the Emmy-nominated ABC Weekend Special Runaway Ralph starring Fred Savage and Ray Walston. He has composed and arranged commercial music for Wheaties, Arby’s, Volvo, Hickory Farms, Stanley Steemer, Matrix and many others and has created the music for over 60 titles in the guided imagery series Health Journeys, created by Belleruth Naparstek, which has sold over two million copies worldwide.

For the Cleveland Institute of Music, he designed and built the Electronic Music Studio, wrote the course textbook and served on the composition faculty for 21 years.