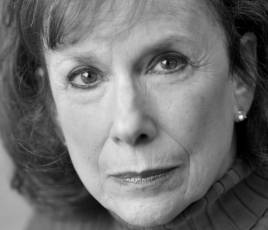 Sheilah has had an extensive career in the Theatre and the Music Business. She has been a performer in such Broadway musicals as Fiddler On the Roof, Applause, The Rothschilds (tour), and 10th Anniversary of Company, and on the production teams of Rupert Holmes’ Broadway thrillers, Accomplice and Solitary Confinement. As a partner in her own music production company, she produced original music and/or lyrics for such clients as Time, People, Doritos, Beechnut Baby Food, Ben Gay, etc. As a songwriter she has written numerous pop songs for both New York and Nashville recording artists, been a recording artist on RCA, performed in nightclubs, sung back-up for Barry Manilow, and written several theme songs for TV. She co-created Funny, You Don’t Look Like A Grandmother, with Lois Wyse and Robert Waldman, which she also produced in Los Angeles where it ran for 1½ years, and continues to play all over the country, published by Samuel French. She is lyricist and co-book writer of The Belle of Tombstone (f/k/a I Married Wyatt Earp), with Thomas Edward West, and composer, Michele Brourman, a musical based loosely on the life of Josephine Sarah Marcus, the third wife of Wyatt Earp. It has had readings and productions in Los Angeles and NY, and productions at Bristol Riverside Theatre, The Hartt School (twice), Cal State Fullerton, Oklahoma City University, South Dakota State University, and off-Broadway at 59E59 in May/June 2011. She is a five-time finalist for the Heideman Award of the Humana Festival, in 2005 for her short musical play Lovelines, 2006 for What Goes Around, and 2010 for The Waiter, all with Brourman, as well as Single and Active in 2011, On the Page in 2012. The first three were performed in the LPTW’s Short Play Festival ‘05 and ’06 and ‘09 in New York. The Waiter was presented at The Cherry Lane and the 8 Minute Madness Festival off-Broadway. Their short musical On the Page was part of Snapshots at The Prospect Theater Co. 2010. Chicago’s Light Opera Works and Midwest New Musicals New Works Series, 2011 presented all the shorts as a collection which were a finalist for the O’Neill Musical Theater Conference, 2011. New York Theatre Barn also presented an evening of Sheilah’s songs All These Years: The Songs of Sheilah Rae in April 2015. With Debra Barsha, she wrote Cooper Union, performed with Prospect Theatre as well as the Metropolitan Playhouse, and two Edna Ferber one act musicals, part of Five by Ferber at NJ Rep, and published by Smith and Kraus. They have two upcoming projects, including The Helena Project, which was a NAMT grant recipient, and From This Moment, which is being developed for TV. Sheilah has won songwriting awards from Billboard, Music City Song Festival, Variety, and the Rising Star Galaxy Award from the NY Women’s Agenda. Other awards include Lifetime Achievement Award from NY Theatre Barn,  the Special Award from the League of Professional Theatre Women, and a Bistro Award for outstanding song ‘Turn It All Around’ with Debra Barsha. Sheilah is a graduate of the University of Michigan, trained in London at the Royal Academy of Music, and the Guildhall School of Music and Drama.  She is a member of AEA, SAG, AFTRA, AFM Local 802, Maestra, The Dramatist Guild, a past President of the League of Professional Theatre Women, past Council of the Songwriters Guild, and Founding President Emeritas of NY Theatre Barn. She serves on the Board of the Bret Adams/Paul Reisch Foundation. www.sheilahrae.net www.belleoftombstone.com

Playwright and Lyricist, The Belle of Tombstone