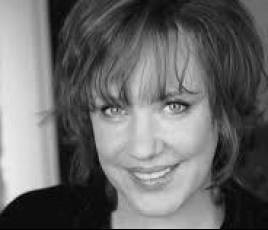 Kathy Fitzgerald Kathy joins us directly from the world premiere of Clue at Cleveland Play House where she played Mrs. Peacock. Broadway: Most notably she is known for her work as Madame Morrible in the Broadway and National Touring companies of Wicked, where she received a Broadway World Award for her work in the role. Other notable roles: Dolly Parton’s 9 to 5 (Roz), for which she received an Outer Critics Nomination and Ben Brantley’s, New York Times, “Should Have Been Nominated for a Tony” list, directed by Joe Mantello. The original company of Mel Brooks’ The Producers (Shirley Markowitz) with Nathan Lane and Matthew Broderick, directed by Susan Stroman. Swinging on a Star for which she received a Drama Desk nomination for Best Featured Actress in a Musical. Most recently she originated the role of Mrs. Gloop in the Broadway production of Charlie and the Chocolate Factory as well as the National Tour. Off-Broadway: Damn Yankees (Doris) at Encores with Sean Hayes. Irish Rep’s Donny Brooke. Originating the role of Shirley in Disaster with radio host Seth Rudetsky. Regional: Pirates of Penzance (Ruth) and Katie in Meet Me in St. Louis at the MUNY. A Christmas Carol, McCarter. Emmet Otter, Goodspeed Opera House. Quilters, School of Wives, and Minor Demons, The Arizona Theatre Company. Pseudlus in A Funny Thing Happened on the Way to the Forum, Sedona Shakespeare. The Kathy and Mo Show, the one woman play. The Search for Signs of Intelligent Life in the Universe, AriZoni Award, Governors Art Award Nomination, Arizona Entertainer of the Year, Actors Theatre of Phoenix. Gypsy (Mama Rose), directed by Michael Barnard, AriZoni Award, The Phoenix Theatre Company. Miss Hannigan in Annie, Casa Manana. TV & Film: Curb Your Enthusiasm, Mercy, One Life to Live, The Next Three Days with Russel Crowe, Our Idiot Brother with Paul Rudd, The Producers, and Smash. Most recently she filmed an episode of Indoor Boys, where she was nominated for an Indie Series Award for Best Guest Actress.

*A member of the Actor's Union